You are here:
CBG FactsCompounds in Hemp 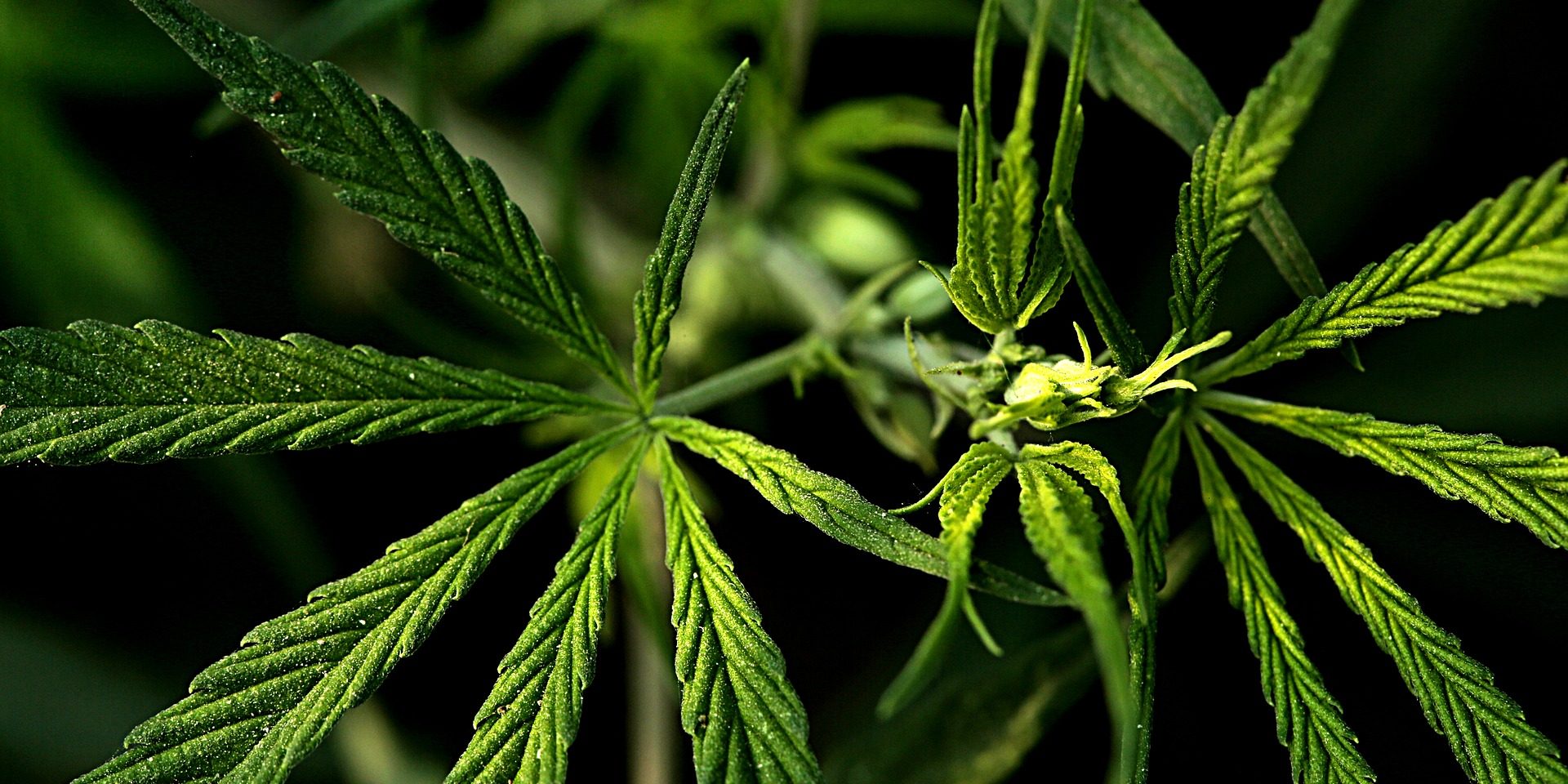 What is CBG and Where Does It Come From?

What is CBG? This is the most frequent question we hear at FlowerChild. People have heard all about CBD and THC, but what exactly is CBG?

CBG is showing some amazing health benefits. Customer testimonials report relief from depression and anxiety, enhanced focus and feelings of capability, relief of pain and inflammation, and even better speech and articulation. In a study done on mice altered to mimic the effects of Huntington’s disease, CBG was shown to have powerful neuroprotective qualities. This means that CBG can serve to protect nerve cells against damage, degeneration, and impairment of function.

Cannabis vs. Hemp vs. Marijuana

Cannabis has been used for thousands of years, not only for its medicinal qualities, but also for its use as a fiber. According to PBS.org, the word canvas has origins in Greek kannabis, and the plant was used to make rope and sails during the time of the Vikings (about 700 AD/CE). If you think that’s cool, wait until you read what’s next: cannabis goes back even farther than that. MIT.edu states that archaeologists found a remnant of hemp cloth in ancient Mesopotamia that dates back to 8,000 BCE. Since ancient Mesopotamia is considered the cradle of civilization, this suggests that cannabis, or hemp, has been in use for as long as civilization as we know it has existed. It is theorized to be the first plant ever cultivated for textile fibers.

So what’s the difference between cannabis and hemp and marijuana? It’s simple. Cannabis is the plant, and hemp and marijuana are two different classifications that Western culture has given the plant. Hemp is cannabis that has been bred to contain less than 0.3% THC, and marijuana is cannabis that contains high levels of THC. When people refer to marijuana they are usually referring to THC and its intoxicating qualities. Hemp, on the other hand, refers to cannabinoids that are non-intoxicating, such as CBD and CBG, and to the hemp fibers themselves.

Today, marijuana is still illegal in some parts of the United States, whereas hemp is legal nationwide.

What Exactly are Cannabinoids?

Cannabinoids are the active compounds that are unique to the cannabis plant. They interact with your body’s central nervous system via cannabinoid receptors CB1 and CB2, which are natural to all mammals. THC, CBD and CBG are some examples of cannabinoids. According to the University of Washington, there are over 480 different compounds found in cannabis, 66 of which are classified as cannabinoids. The cannabis plant can be likened to a tomato plant; there are hundreds of varieties and those varieties can be hybridized to make even more varieties, or strains, of cannabis. Some strains are high in THC, some are high in CBD or CBG, and some have balanced ratios.

THC is the most infamous cannabinoid due to the intoxicating high it produces. It is the cannabinoid people refer to when they talk about being “stoned” or high, and it is the cannabinoid that populates the recreational market. THC does have medicinal properties of its own, but it is a minor hallucinogen and at high doses it can make people trip out.

CBD and CBG, on the other hand, are popular because they deliver power health benefits without producing a high.

THC and CBD are considered major cannabinoids, since a cannabis a plant often contains mostly CBD or THC with small amounts of other (minor) cannabinoids. This is largely due to selective breeding; with THC and CBD in demand, plants were bred to contain the highest percentage of them as possible. Up until 2018, CBG was considered a minor cannabinoid, since it appeared only in small amounts. People were lucky to get 2-4% CBG from a plant. It was tricky to select for CBG at first because, as the parent molecule, CBG typically converts into other cannabinoids as a plant reaches maturity. CBGA is produced as the plant is growing, and once the plant hits maturity that CBGA turns into THCA, CBDA, and other cannabinoids.

Over the decades, the potency of selected-for cannabinoids steadily increases. An analysis of cannabis potency in the United States found that an average sample of recreationally-used marijuana in 1995 was just 4% THC, and by 2014 it was about 12% THC. If you walk into a recreational dispensary today, you’ll find strains that contain upwards of 30% THC. The same potency rise is being seen with CBD and, more recently, with CBG. After considerable effort, our brilliant scientist hemp farmers in Oregon bred a cannabis plant that contains about 16% CBG at maturity with only small amounts of THC and CBD. The plant tests at below 0.2% THC, which classifies it as hemp. With 16% CBG, this strain can be used to create products that contain high levels of Cannabigerol, such as CBG Oil.

What is CBG Doing Differently?

CBD and CBG share a lot of the same applications, but they do have some differences. CBG tends to be less sedating and more energizing than CBD. Many people take CBD at night to enhance sleep and CBG in the morning for energy and focus. The pain relieving properties differ from person to person; some find CBG to be more effective against pain and others prefer CBD. Both cannabinoids have powerful anti-inflammatory qualities, but some sources suggest that CBG may be more effective.

The biggest take we have noticed is that CBG is having profound results within the autism and ADD/ADHD communities.

As you can see from this survey that was taken on a Facebook group for autism, Cannabigerol is showing amazing results with mood, a huge increase in communication, a reduction in anxiety, increase in  focus, and look at the increase in social interactions! 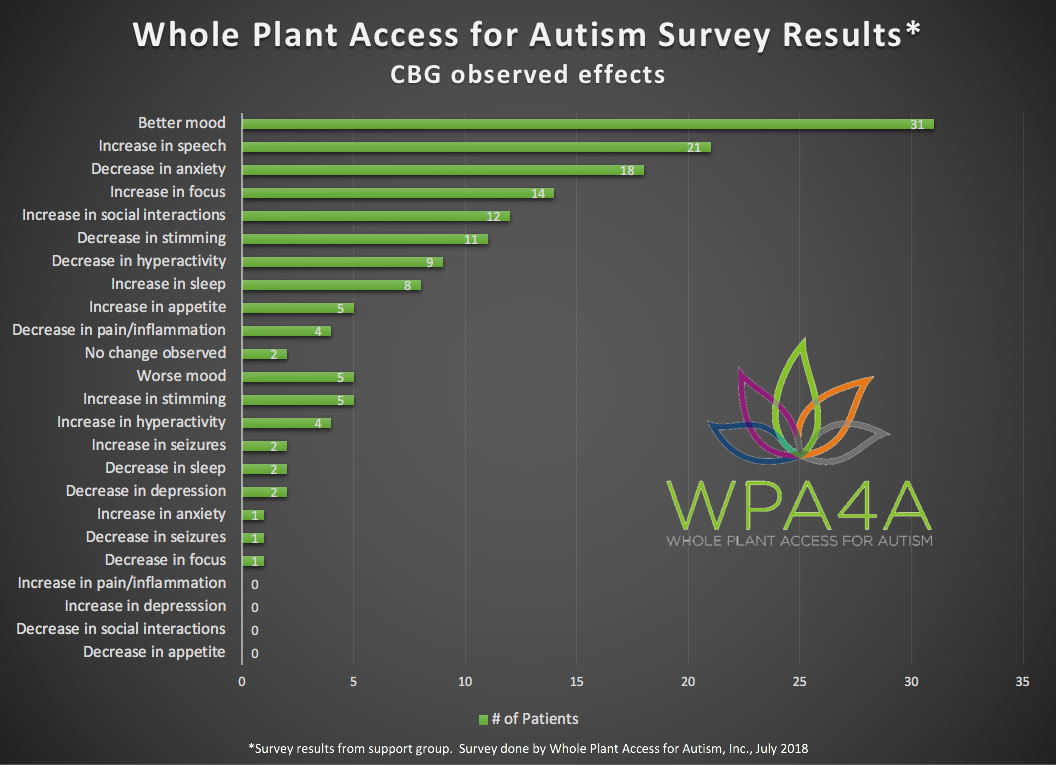 Cannabinoids are giving profound relief to people for everything from autism to arthritis. They can help with seizures, cancer, digestive issues, and everything in between.

How, you might ask? It all has to do with the endocannabinoid system that runs through our bodies. Click the link to learn more!

What is the difference between CBD and CBG?

What are some of the health benefits of CBG?

Can I use CBG and CBD together?

What varieties of CBG products do you offer?

CBG The Newest Cannabinoid To Hit The Market
December 14, 2021

CBD Roll-On: Everything You Need To Know About It
December 7, 2021