CBG The Newest Cannabinoid To Hit The Market

You are here:
CannabinoidsCBG Oil 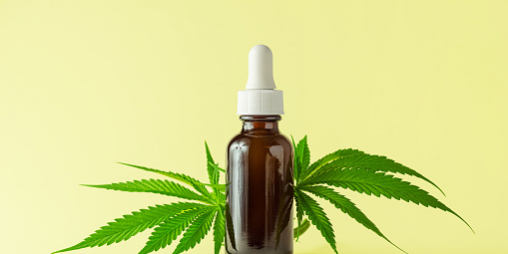 Cannabidiol (CBD) and tetrahydrocannabinol (THC) are the most well-known cannabinoids, but CBG has lately sparked increased interest due to its possible health advantages. Hemp-based products have been increasingly popular in recent years as a result of their holistic and therapeutic characteristics. It is especially true for the chemical molecule cannabidiol, or CBD, linked to various health advantages, including stress relaxation and pain relief.

Perhaps you’ve heard of CBD’s popularity, but here’s something you might not know: CBD is only one of more than 100 cannabinoids seen in cannabis Sativa plants. Another is CBG, one of the most well-studied cannabinoids, and has some therapeutic properties. Let’s understand some of the facts of CBG.

What Does It Have In Common With CBD?

CBD and CBG are non-psychoactive cannabinoids, which means they won’t get you high. They also appear to have anti-inflammatory properties and interact with the same receptors in the body. CBG, on the other hand, seems to have some distinct functions and health advantages from CBD. The critical distinction between CBD and CBG is the amount of research accessible. CBD has a lot of studies, while CBG doesn’t have nearly as much.

Is There Any Drug That It Interacts With?

CBG’s interactions with over-the-counter and prescription drugs, as well as vitamins and supplements, are unknown. Before trying full spectrum CBG oil, talk to your doctor if you’re on any of the following medications:

CBD may have an impact on how these drugs react in your body. It’s unclear whether CBG has the same effect as CBD, but considering how similar the two are, it’s wise to be cautious and double-check. If your healthcare professional advises you to use CBG oil, don’t stop taking any prescriptions.

Finding a good CBG oil is more challenging than finding a good CBD oil. Furthermore, because neither CBD nor CBG is regulated, you’ll need to do some further research to guarantee you’re buying a high-quality product.

Here is some vital information to start :

What Exactly Is CBG?

Cannabigerol (abbreviated as CBG) is a plant molecule that serves as the “mother” precursor to all other phytocannabinoids. The acidic version of cannabigerol, cannabigerol acid (CBGA), is the starting point. Meaning that as the plant grows it is producing only CBG compounds. As it matures and flowers the CBG in turn changes to THC or CBD.

CBD vs. CBG: What’s The Difference?

So now you understand what CBG is, but how does it vary from CBD? Aside from their different chemical structures, the main difference is how they interact with cannabinoid receptors and enzymes found in our bodies. CBG, for example, binds to CB1 and CB2 receptors found in numerous organs of the body; CBD, on the other hand, only indirectly interacts with the same receptors. It implies that CBG has a more direct road to activating these well-known receptors, which are vital to our bodies and may influence other body activities.

It’s also worth noting that CBG, like CBD, is a non-psychoactive cannabinoid, meaning it won’t make you feel euphoric or “high” as THC-dominant cannabis does.

What Are The Advantages Of Taking CBG?

Although there are several advantages to consuming CBG oil, many individuals are unsure whether these products are genuinely safe to eat. While a little study has been done on the possible hazards (if any) and side effects of CBG on the human body, one animal study found that rats reacted favorably to CBG therapy with no adverse side effects. Consumers may take solace in the fact that many other cannabinoids (such as CBD) are typically well-tolerated, with a favorable safety profile documented in humans.

CBG May Influence The Following Areas Of Health

It works as an anti-inflammatory agent. There is some persuasive evidence that CBG can help reduce inflammation in the body, especially in the case of colitis. CBG, for example, was found to have beneficial effects on inflammatory bowel disease in rats in research.

It has the potential to increase appetite. There are numerous jokes about how cannabis products (particularly THC-heavy cannabis strains) give you the “munchies.” Yet, many patients have medical issues that make it difficult for them to get adequate nutrition. CBG appears to have some potential as an appetite stimulant, according to a preliminary study in rats. It’s antimicrobial.

Last But Not Least!

CBG is growing increasingly popular, although research on the subject is still restricted. If you’re interested in trying CBG, high-quality full-spectrum CBD oils, or a CBD CBG Blend of cannabinoids, FlowerChild CBD has some of the highest quality CBG oils and salves on the market.